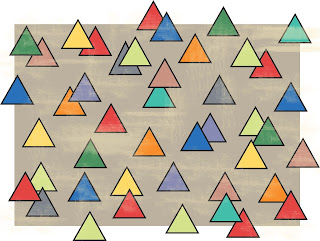 If you are tired of hearing about Spoonflower, then just go on your merry way.  If not, keep reading.  One of our parting gifts was a certificate for a free yard of any fabric with one of our own original designs printed on it.  This is a very nice present, but I am having a paralyzing creative block.  I want the design to be representative of the fabulous educational experience with Becka and Spoonflower and the other eleven students.  Even though I could always try again with another printed yard, this one needs to be special.  I think this happens a lot in the Maker world.  We leave quilt tops unquilted because we don't want to ruin it by imperfect quilting.  We are afraid to submit a design to a magazine because we feel it doesn't look as professional as other designs.  We buy stacks of fabrics but don't want to cut into them in case a better pattern comes along.  As with anything, the more you do something, the better you get at it.  You only get good by being mediocre a whole bunch of times.  So, I just need to work on an idea, decide on a fabric, upload, and push send.  It will be my first fabric that I designed using Illustrator.  It will be fabulous because it is my starting point, my diving board, into, hopefully, a big design pool of great vector fun.  Jerilynn

Email ThisBlogThis!Share to TwitterShare to FacebookShare to Pinterest
Labels: Spoonflower 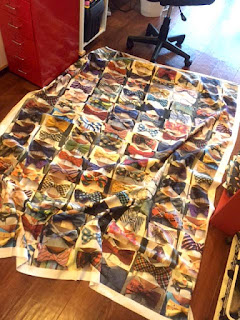 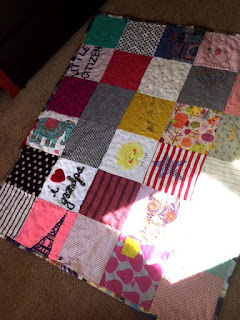 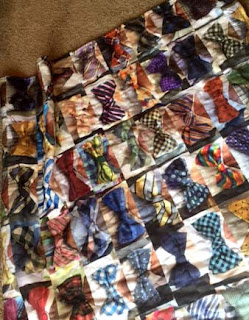 The Bow Tie project from last summer's Denver Wedding is still popping it's head up in various projects.  As I may have mentioned, after a few glasses of wine at the wedding, I decided it was a brilliant idea to take a picture of all the necks of the men wearing bow ties.  I cropped all of them into neat little rectangles, collaged them, and made a large canvas print for the grooms.  I titled it "They Tied the Knot".  When Spoonflower introduced their new poly-fleece fabric, I knew right away that the bow tie design would make a good one to print on fleece.  The fleece isn't a squishy Polartec weight, but it is a nice, very soft, thinner fleece.  Almost reminds me of a heavy German flannel weight.  I used it for the back of Addy's 4th birthday quilt that I made from her tees that she wore during her 4th year.  She was in the wedding last summer, so I thought it fitting that she has a reminder of that fun time.  She wasn't all that impressed when she opened the quilt - after all, I have made her tee quilts each year.  She will like all the quilts, someday, I hope.  She did, however, love the mermaid blanket that we also gave her! I would love to say that I made it, but crochet is painfully slow for me to do.  I don't think she'd want a mermaid blanket when she was 16!  I bought it on Etsy, from Littlepatchescrafts in Canada, and it is beautifully done!   You can see that it makes a great napping blanket!

While I was printing the bow ties, I thought that I would also make a fleece blanket for Ben.  Last summer his folks took a family vacation to Duluth, MN, and went to Canal Park and visited the lighthouse there.  I thought this picture of Ben was really cute, so I posterized it using the tutorial at photoshopcreative.net/viewtopic.php?f=8&t=2877  .   Also turned out really well. 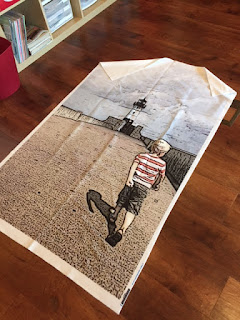 This fabric doesn't ravel, so I just cut off the white borders, turned the edges under a bit, and zig-zagged in place.  One yard made a very nice 54" x 36" blanket.

You can tell that I am a big fan of this printing-my-own-fabric!   Great fun.   Jerilynn
Posted by Jerilynn at 2:40 PM 2 comments: